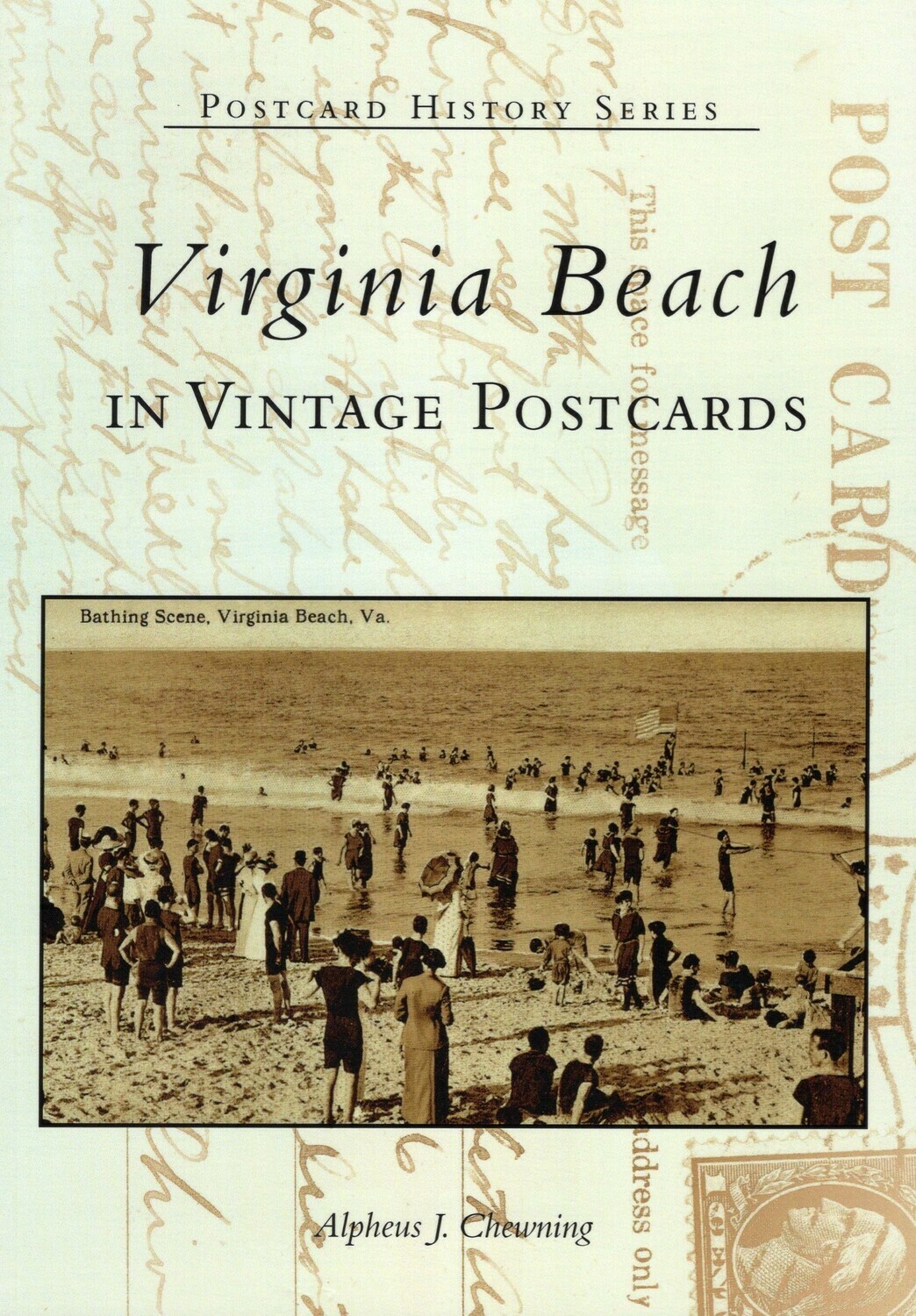 Virginia Beach has been a popular tourist destination since the late 1800s. The sea, sand and sun are the most desired attractions, but over the years the city has also been known for some it's unique architecture. The first geodesic dome built in the United States, designed by Buckminster Fuller served as the convention center for decades. The Cavalier Hotel, when built in 1927, was the largest brick structure in the State. The "new" Cape Henry lighthouse, completed in 1881, remains the tallest cast iron lighthouse in the United States. The original light house it was built to replace, constructed in 1791, is still standing today. It is the first federally funded light house built in our new Nation.

Two hundred postcard have been selected to highlight the unique nature and character of Virginia Beach from 1906 to 1963.

Save this product for later