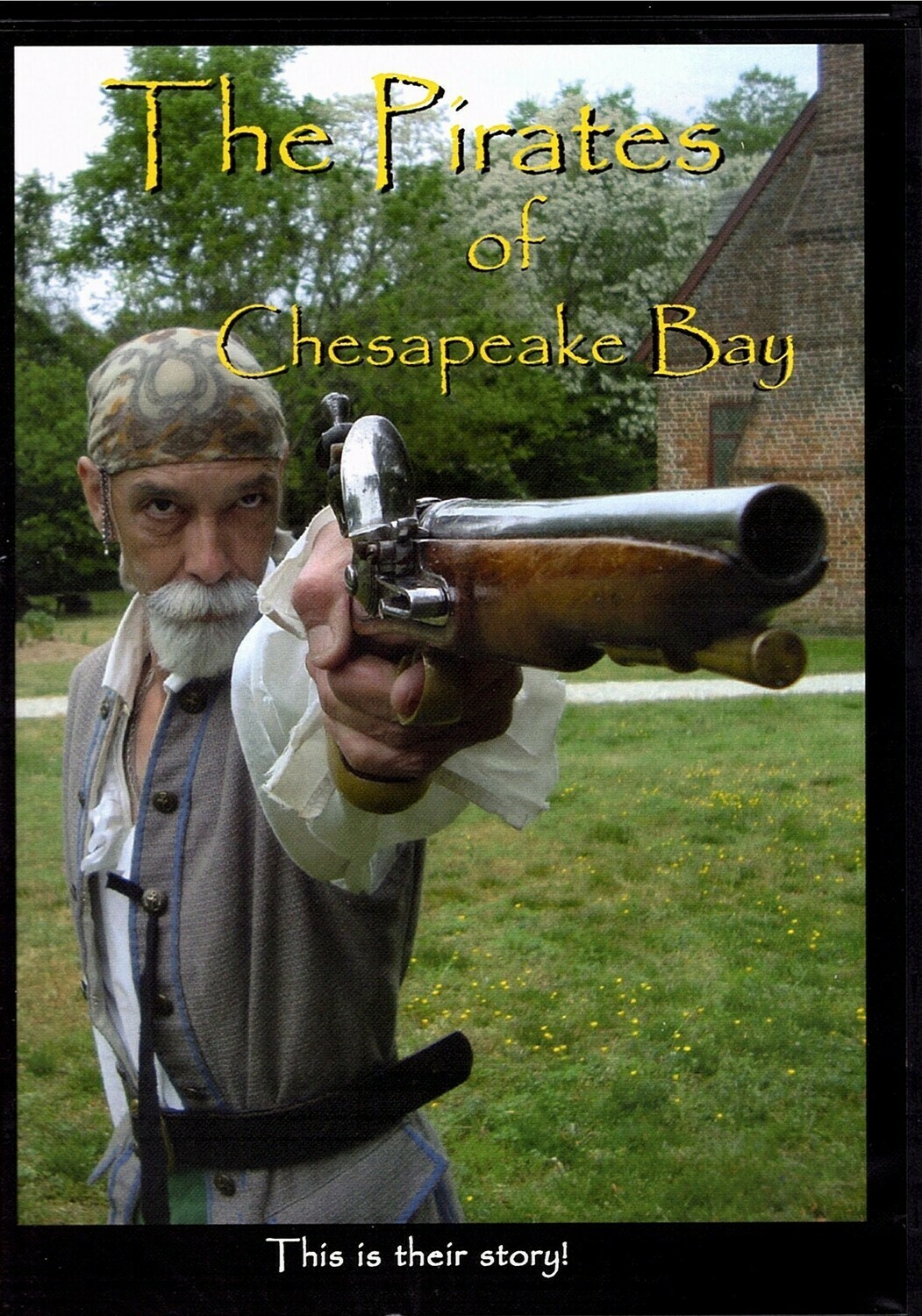 From a 2010 documentary, produced by Real History LLC. Only a few left in stock.

"During the Golden Age of Piracy, Chesapeake Bay was thick with intrigue, as pirates who spent the winter plundering Spanish treasure in the Caribbean turned north in the spring to prey on British and Colonial shipping in the Chesapeake Bay. They mixed with other sailors in taverns in Hampton and other seaside communities, and sailed up the bay's many rivers and creeks, looking for more practical plunder - sails and lines, food stuffs and manufactured goods. Colonial governors waged war on the pirates, but with little effect. That is, until 1718, when Gov. Alexander Spotswood decided to go after the legendary pirate, Blackbeard, and try to end the scourge of piracy once and for all.

The Pirates of Chesapeake Bay tells the story of the rouges who made life miserable for traders, plantation owners and Royal Governors in the colonies surrounding the Chesapeake Bay. And while outlaws, they had a sense of democratic values and human equality that would be very slow in coming to the society they attacked."

Save this product for later